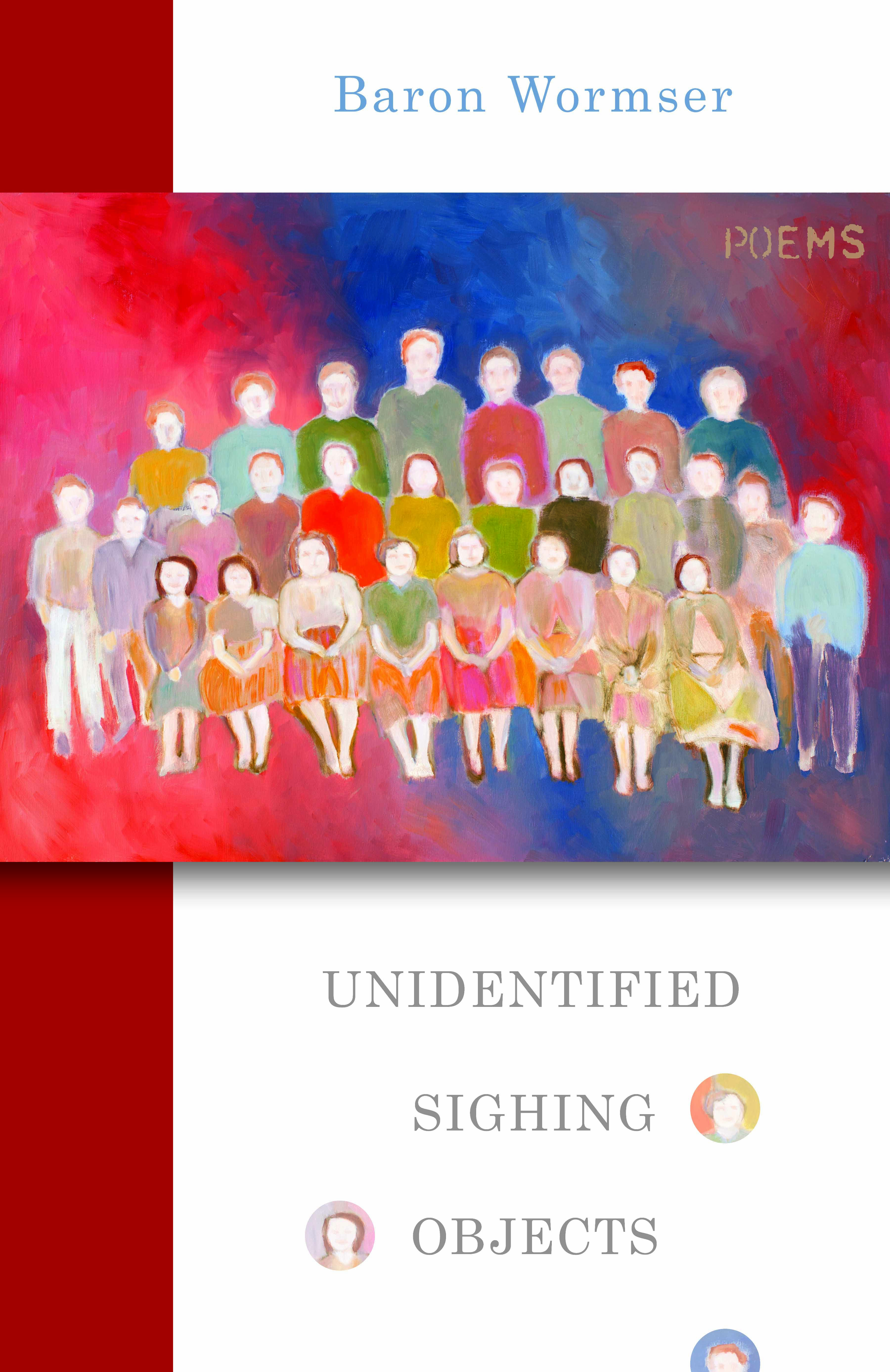 In his tenth collection of poems, UNIDENTIFIED SIGHING OBJECTS (CavanKerry Press; September 2015; $16.00, paperback), Baron Wormser continues a poetic journey begun more than three decades ago—a journey that has traversed the quotidian and the unexpected with equal measures of insight, emotion, and lyric grace. Through the formal features of odes and villanelles, Wormser here delivers his own brand of everyday realism, shaped by the wisdom gained from a lifetime viewed through an expectant eye. Man falls, Wormser tells us. But, he also rises.

From sports to art, from childhood to death, Wormser’s poetic purview is all-embracing and ever curious about the world we inhabit. Whether writing of Diane Arbus or Andy Warhol, the Nuremberg trials or the fall of the Berlin Wall, Jazz or the Dave Clark Five, he lends humor and wisdom to the quest for meaning each of us endures.

If I could add the days and make a sum
Of moments—faces pulled, unpulled, peas
Pushed around a forlorn plate, jokes
Gotten, ungotten, the taking in of each tree,
Building, chair, strand of hair lying
In the bathroom sink—I wouldn’t be human
In the sense we use that word as a form
Of gauze over a large but approximate wound,

A gesture of dismissal and acceptance
Adding up (there is that notion again!)
To bludgeoned wisdom dispensed too free of charge
To all and semi-sundry. “I can’t do the math,”
I told the teacher and left the room, though
At once I looked about and started counting.

By working in established forms, Wormser is consciously hitching his wagon to those poetic stars who have come before and inspired: Shakespeare, Keats, Donne, et. al.  “Night comes full of stars and not greatly concerned about us,/A line to quote not about a human beginning or end,/But the seemingly steady middle,/The place that placidly looks backwards and forwards,” he writes in “Poem Beginning with a Line by Hölderin.” He turns to the ode to contemplate a range of subjects: Arbus and her photographs, ghost dancers, speech, a character in Easy Rider, and even basketball—

There is an elegiac temper to many of the later poems in the collection, which touch on aging and death — the passing of a former lover, a long distance call to make amends, a paranoid FBI agent wielding a gun, a funeral for a young schizophrenic, a school friend killed in Vietnam, a witty eulogy for a beloved editor. And yet, Wormser’s is not a dark voice, finding instead the joy, the compassion, and the acceptance that must come with living.

UNIDENTIFIED SIGHING OBJECTS is the culmination of an estimable career spent studying, teaching, and writing poetry—an exquisite collection that finds Baron Wormser working at the peak of his powers.

Baron Wormser is the author/co-author of fourteen books and a poetry chapbook. Wormser has received fellowships from the National Endowment for the Arts, Bread Loaf, and the John Simon Guggenheim Memorial Foundation. From 2000 to 2006 he served as poet laureate of the state of Maine. He teaches in the Fairfield University MFA Program and is Director of Educational Outreach for the Frost Place in Franconia, New Hampshire.

This project is supported in part by an award from the National Endowment for the Arts. To find out more about how NEA grants impact individuals and communities, visit www.arts.gov.