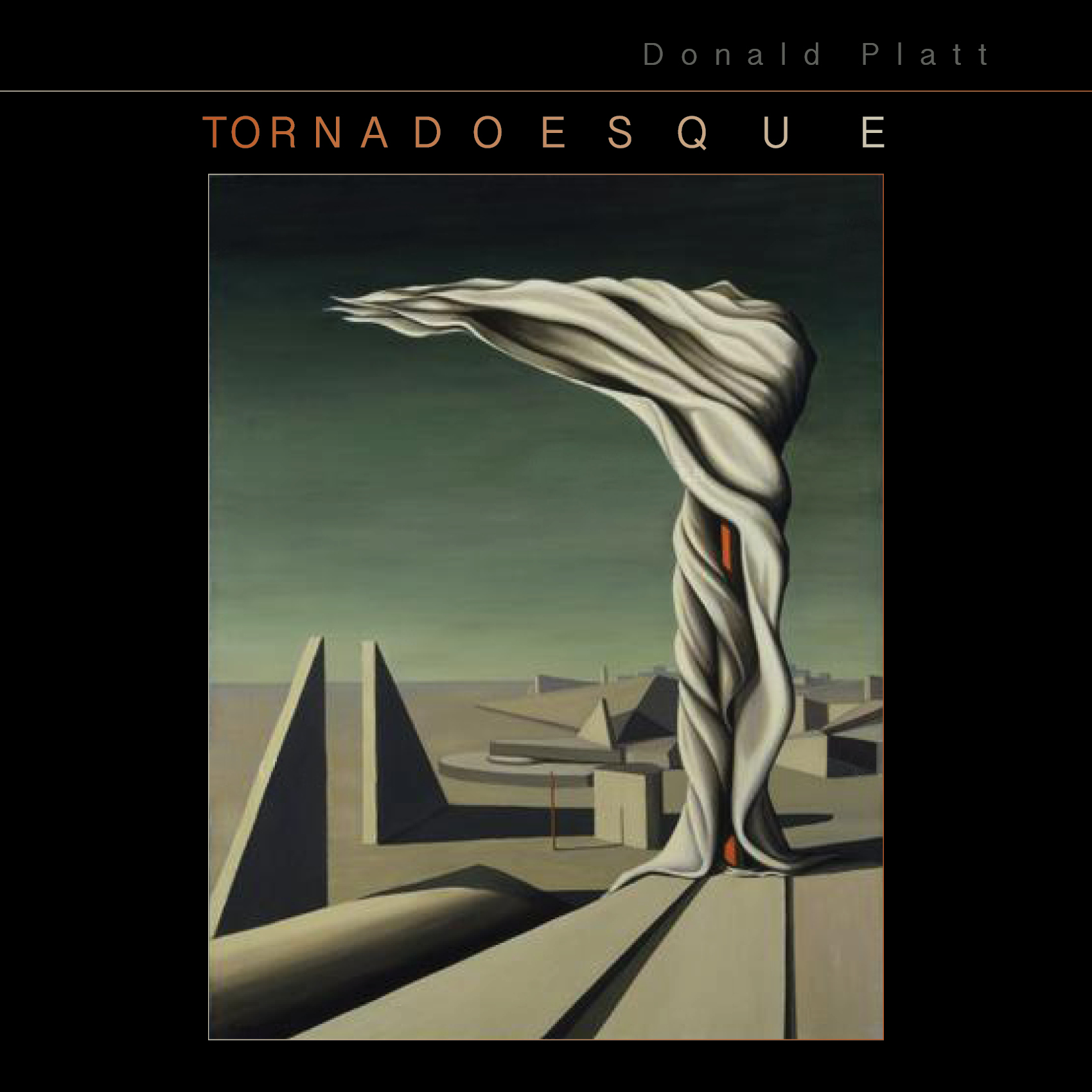 Donald Platt’s fifth volume of poetry, Tornadoesque (CavanKerry Press; May 2016; $18.00), takes a candid look at the aftermath left by the inevitable storms—real and emotional—that life places in our paths. In expansive lyrics, many written in this three-time Pushcart Prize-winner’s trademark style of alternating long and short lines, Platt writes with often shocking honesty about tender subjects—his own bisexual yearnings, a beloved daughter’s battle with bipolar disorder, the deaths of aging parents, the turbulence of a society at war. Infused with an inherent pragmatism, the poems draw their power from closely observed day to day life, and from a broader vision of the transcendent capacity of art.

In Platt’s hands, individual experiences spread across larger canvases, illuminated with gravitas. A trip with his wife and daughters to Chartre Cathedral, for instance, turns into a hallucinatory dream of the pain and passing we each endure:

(from “Chartres in the Dark”)

A tortured casualty of war in Baghdad becomes a mythic Greek figure in “Man on the Dump.” A visit to the doctor, in “Audade with Irises & Blood Work,” grows akin to the flaying of Saint Bartholomew as depicted in the Sistine Chapel.

Two life-defining realities surface again and again in the poems, leaving indelible through-lines. First, there is the poet’s lifelong bisexuality, never acted upon, and suppressed to preserve a passionate heterosexual marriage. A theme of physical desire and emotional longing, it recurs in many ordinary moments: at a video rental store, on the Washington Metro, when contemplating the paintings of Marsden Harley or the sculpture of Rodin, while witnessing a Good Friday passion play. The second is Platt’s struggle to maintain ideas of order amidst the spiraling moods of his adult daughter, institutionalized for a time with mental illness, and always walking the tightrope between sanity and its shattering alternative. He holds onto a fierce devotion even in moments of despair:

(from “Litany on 1st Avenue for My Daughter”)

“No one knows his final destination/until he arrives there,” Platt writes in “Western Motel,” and, indeed, the poems in TORNADOESQUE offer a kind of roadmap, ever shifting, for one middle-aged man’s route toward elusive answers. Platt “has a delicate ear,” says Gerald Stern, “and a generous mind that lets the world come in. His range is connected to his generosity, as it is connected to his unrelenting memory and his intense pity and his unforgetting eye. He is a fine poet.”