Read the review below.

Nin Andrews’ newest collection, Miss August, provides further evidence that she is perhaps the most agile practitioner of prose poetry writing today. Written from the alternating perspective of three characters, Sarah Jane Lee, Gil Rhett Simmons, and May Dee, Miss August chronicles the connections that these characters forge at Chinquapin Hill Farm in Lessington, Virginia during the late 1950s and the early 1960s. Andrews nimbly shifts between registers and dialects as she moves between the three characters, rendering a lyrical, but plain-spoken and arresting, version of three mid-twentieth century southern voices. The South that Andrews evokes obsessively confronts the legacy of what the locals call, “The War of Northern Aggression,” while denying the full truth of the foundational sin of slavery and the continuous transgressions of Jim Crow. In Lessington, the ghosts all wear confederate gray and “raspberry blight got blamed on General Sherman and the burning of the South.” Miss August ably addresses issues of racial discrimination, child abuse, mental illness, gender inequity, sexual identity, and class differences, in a coming-of-age story that resonates even more deeply in 2017 as the open wounds caused by misogyny and white supremacy continue to suppurate.

Head over to blog.bestamericanpoetry.com for the full review here. 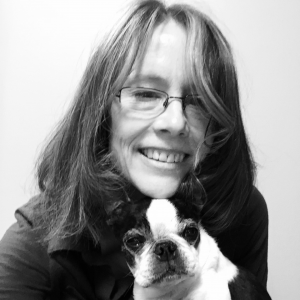 In my mind I see Gil Simmons the same as I seen him that first day. Seeing
him was like looking into a mirror. Like the feeling of running a comb
through your hair after a storm, and nothing snags

For more poems, pick up your copy of Nin Andrews’ Miss August from the CavanKerry Press store.

Read the poem Mr. Simmons and share your thoughts with us below.

Gil’s father was as mean as a stepped-on snake, especially when he been
drinking. Don’t mind Mr. Simmons, Sarah Jane, May Dee used to say. He’s
just talk. But I did mind him. How he leaned up against the doorjamb in the
room where Gil and me was playing cards and watched us like a hunter
in a stand. He said things like Gil, are you running your mouth again, Boy?
You know what I’d like to do one day? Cut that tongue clear out of your head.
Make you quiet as sleep. Then he laughed, shook his head and said, I’m just
joshing, Sarah Jane. Don’t look at me like that. I looked at Gil instead, his
skin blue-tinged like something living underwater. I never knew how he
got any air in them days.

Don’t forget to pick up a copy of Nin Andrews’ latest release, Miss August from the CavanKerry Press store.

I was a born nobody—my days so dull, I lay in my bed and watched dust rise. I listened to insect songs. And kept things to myself. I remember two silver dollars in my bedside table. A snow globe I wanted to climb inside. My pony, Annabel, that I didn’t ride. And more whippings than I can count. After a while I didn’t feel a sting. I learned there is a reason to lie. Not to ask. Not to tell. Not to flinch. Anybody asked, I said, Nothing happened. And nothing did. My friend, Sarah Jane Lee, she disagrees. She says I suffered. She says she did, too. And I thought she was the happy one. Nuh-uh, she shakes her head. She blames the South for everything wrong in our lives; everything bad, everything rotten or bitter as turnip greens. Come on up to New York, I say. Leave that place.

Nah, she says. I can’t live any place else. She gets a way-off look in her eyes. Besides, she says, folks up North don’t talk right.

Don’t forget to pick up a copy of Nin Andrews’ latest release, Miss August from the CavanKerry Press store.