In poems that range from New England to the Southwest, Without My Asking takes its cue from Psalm 90’s petition— “teach us to number our days.” That biblical sense of limits—of what we can know and not know—and, ultimately, the mystery of before and after that encloses our existence is the center around which these poems turn, both seasonally and from day-to-day. In poems that attend to the events of our lives—from the deaths of parents to hummingbirds at a bird feeder—these poems work to utter “Yes” to all that happens, that “peculiar affirmative” that recognizes, as Elizabeth Bishop says, “Life’s like that . . . also death.” 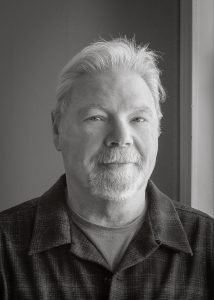 Robert Cording has published eight collections of poems, the most recent of which are Walking With Ruskin and Only So Far. A new book on poetry, the bible, and metaphor is forthcoming from Slant. He taught for 38 years at Holy Cross College in Worcester, Massachusetts, and now is a poetry mentor in MFA program at Seattle Pacific University. He has received two National Endowment for the Arts fellowships in poetry and his poems have appeared in publications such as the Nation, Georgia Review, Southern Review, Poetry, Hudson Review, Kenyon Review, New Ohio Review, New England Review, Orion, and the New Yorker.

I’ve been reading Robert Cording’s poems for three decades; thus, with confidence, I can say that this poet’s obsession with what he calls “the rapture of looking” is matched only by his intense desire to erase, as far as possible, the one-who-sees from this endeavor.  He longs to be free of “this no-exit, small country of the self,” and “this strange human gift of making/something less out of something” (“Prayer While Driving Home After My Yearly Physical”).  Through his consummate technical skill and his fidelity to clarity and precision (of phrasing, of metaphor), Cording transmutes this conflict, and his doubt, into a poetry as distilled and honest as any written in English of which I am aware. These poems are emotionally, intellectually and spiritually demanding; Cording’s agony becomes, by degrees, our own.  They are the antithesis of ‘light’ reading: but oh my, how grand, and how privileged we are to have such a poet in our midst, a poet who, despite his equivocating over making ‘something less’ of all that ‘the rapture of looking’ has given him, opens our minds and hearts and gives us so much.

Cording’s poetry is fearless in his choice of subject.  Rather than write quiet, domestic works, he expands each poem to effortlessly encompass themes of death, grief, God, and love.

Be the first to review “Without My Asking” Cancel reply