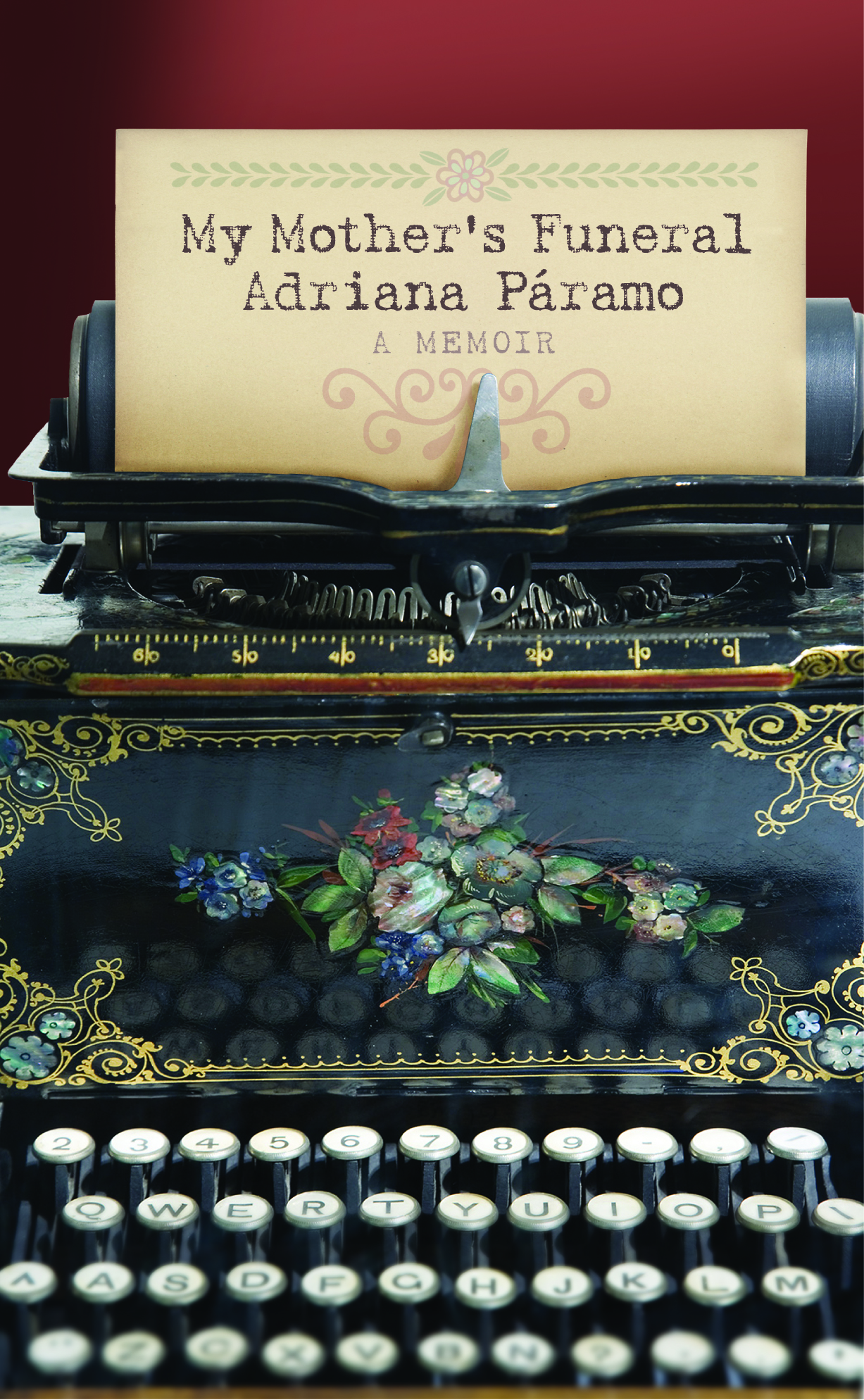 Adriana Páramo’s poignant and atmospheric memoir, My Mother’s Funeral, traverses time and place as she recalls her Colombian childhood, her indomitable mother, and the intractable bonds of family origins. Immersing readers in an unfamiliar and often mysterious world, Páramo’s mesmerizing narrative bears the hallmarks of the fiction of Gabriel Garcia Marquez and Isabel Allende, yet is firmly grounded in reality. “With her luminous and elegant prose, Páramo gives us a deeply moving and richly observed portrait of not only a family but an entire nation,” says Patricia Engel, author of Vida. “Full of hope, tenderness, and redemption, My Mother’s Funeral is a memoir of astonishing beauty; a spellbinding and devastating meditation on the ways we are transformed by love and loss, and how we may leave our home, but our home never leaves us.”

As the title suggests, the memoir begins with death—the passing of Páramo’s mother, matriarch of a poor and proud family. As she rushes from Florida to Medellín for the funeral, she is flooded with a torrent of memories—not only of her mother, but of her absent father, and a childhood marked by poverty, but also by love, discovery, and rebellion. Her final memories of her mother are shaded by the aging woman’s Alzheimer’s, but the whole story Páramo reclaims here begins before the writer was born, and the journey she will takes is a composite of all the women her mother was.

Páramo’s mother, Carmen, met her father at a party in her small hometown of Mariquita in the early 1950s. Swept up in the romance, the virginal bride moved away with her new husband, and quickly learned the truth about his wandering ways. Still, Carmen bore him six children—one son and five daughters—whom she singlehandedly raised. Determined that her children would not be condemned to the same life of hardworking drudgery, she rode them hard and brooked no arguments about her circumscribed view of the world. But, there was much love and laughter in the home as well, as Páramo recounts some hilarious, even magical escapades. Steeped in a culture little known to American readers, the memoir offers a rare glimpse into its cuisine, mythology, realm of women, and views on sex and religion.

As Páramo came of age, she would clash with her mother, particularly as the younger woman embraced radical politics, with violence mounting in Colombia, and pushed against the constraints of her provincial life. Yet, as she takes this journey of the heart to understand the sources of her rebellion, the writer at last come to terms with the force of nature that was her mother, and the indelible mark this woman has left on her daughter’s life. As she faces the implications of her mother’s death, and reluctantly bids this remarkable woman an earthly goodbye, Páramo comes to terms with a new truth: “Mom and I had been a unified whole. Without her, there was no me.”

“Adriana Páramo takes the experience of her mother’s death and funeral in her native Colombia as the jumping off point for an emotionally sprawling, heart-rending and gut-laugh Libretto about her family’s life, loves, realities and illusions, poverty and the riches of the heart in the land of her birth,” says Kerry Dean Feldman, Professor Emeritus of Anthropology, University of Alaska. “In this intensely personal and evocative memoir, Adriana Páramo confronts her own past, her family’s past, and, to some extent, her homeland’s past,” adds James Cañón, author of Tales from the Town of Widows. “She uses her personal experiences to recreate her mother’s life, to convey her own loneliness and isolation, and to try to answer questions concerning life and death that are worthwhile, and that often take a lifetime to answer.”

Adriana Páramo is a Colombian anthropologist winner of the Social Justice and Equality Award in creative nonfiction with her book Looking for Esperanza. Her writing has appeared in Alaska Quarterly Review, The Los Angeles Review, Consequence Magazine, Fourteen Hills, Carolina Quarterly Review, Magnolia Journal, So To Speak, Compass Rose, andPhati’tude, among others. Páramo has volunteered her time as a transcriber for Voice of Witness, a book series which empowers those affected by social injustice.