April is National Poetry Month. To celebrate an entire month dedicated to poetry, we start with “Post Mortem” from Jeanne Marie Beaumont’s Letters from Limbo. 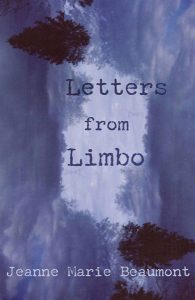 Not I, said Belladonna of the nightshade family.

but I’m an antidote to poisoning with morphine.

Only overdose will cause coma, convulsions,

it surely was not me!

Not I, said the Camphor Tree. I produce cooling.

I’ve been given for minor heart symptoms,

the FDA banned camphorated oil in 1980.

But in this case I was a minor player.

Not I, said Foxglove, as the source of Digitalan

I’ve been used for heart conditions

since the 18th century. I help control heart rate,

Witches’ Gloves. Too much of me brings nausea,

safety concerns, but history’s on my side—you

can’t pin this on me.

Not I, said the Grain, why are you after me again?

I was given as a stimulant, and she liked me.

I was one of her few friends. That I should not

have been given along with morphine, well,

that was no fault of mine. I’m perfectly legal now.

Not guilty. Leave me be!

Not I, said the Poppy. I’ve been called God’s Own Medicine

for all the suffering I’ve relieved. There’s good reason

I am named for Morpheus, the god of dreams.

A soul could do worse than rest in my golden arms.

. . . send thy angels to conduct her to a place of refreshment, light, and peace. Amen.